Racism is a denial of the Gospel

Since the commencement of the Uniting Church in 1977, and in the three churches which formed the Uniting Church, there has been a strong rejection of racism as being a denial of the Christian Gospel. As people of faith we uphold the worth and dignity of all human beings. In 1977 the new Church issued a Statement to the Nation to outline the values and principles which would guide the Uniting Church in Australia. That Statement pledges to:

Seek the correction of injustices wherever they occur. We will work for the eradication of poverty and racism within our society and beyond.

You can read the full statement here. 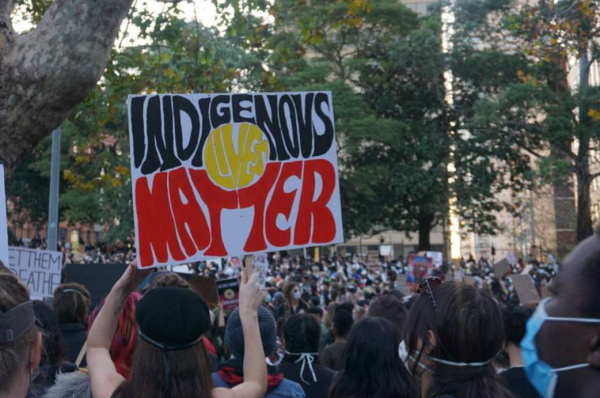 The Church’s opposition to all forms of racism is based on our understanding of God as the Creator of human beings and all life; and on the ministry and teaching of Jesus. In that ministry Jesus particularly welcomed people who had been rejected and were on the margins of society, teaching us to love our neighbour. The early Christ communities were challenged by Jesus’ ministry, with the Apostle Paul writing a bold statement of equality that “there is no longer Jew or Greek, there is no longer slave or free, there is no longer male and female, for you are all one in Christ Jesus.” (Gal 3:28).

It is clear, in 2020, that racism (and poverty) have not been eradicated. The 1977 Assembly clearly named poverty and racism together. Then, as now, the two are inextricably linked, particularly for indigenous Australians and some recently arrived migrants.

The national leaders of the Uniting Church and the Uniting Aboriginal and Islander Christian Congress have shared grief, outrage, and prayers of solidarity with civil rights protesters in the United States, where the murder by police of African American man George Floyd has sparked global anger against racism and police brutality. Read the full statement here.

Racism around the world

In remarks at a recent meeting of church leaders, the general secretary of the World Council of Churches, the Revd Dr Olav Fykse Tveit said that racism is an ongoing concern of the ecumenical movement.

So often racist behaviour stems from inherited hatred reinforced by self-interest and group identification. Invariably it results in diminished prospects for its victims and even in generations of discrimination, gender violence, and poverty; and so race is a constant factor in all the other work you do.

You will find a range of ecumenical resources on racism here.

Opinion Pieces from Member of the Congregation

Black Lives Matter in Australia Too, by Gillian Hunt

Carol's Story, from Suzanne Leal (reprinted with permission from Carol)