It was not until the early 1830s, in New South Wales, that Congregationalists, or Independents as they were also known, sought to form a church in Sydney by calling a minister, the Reverend W.M. Jarrett. They also obtained a site for a chapel, in Pitt Street, a little further north and on the other side of the road, from the present site, where the Arthouse Hotel now stands. This building, however, soon became too small so the congregation bought the present site on which to build a church. It was opened in 1846 with the Reverend Dr Robert Ross as minister. The congregation, and much of the rest of the denomination, came to regard Pitt Street as the most important church in the country – the ‘Mother Church’ of Australian Congregationalism.

There was an air of respectability about that early congregation, for it included amongst its membership men who had become prominent in the commercial life of Sydney—John Fairfax, proprietor of the Sydney Morning Herald, Ambrose Foss, a wealthy pharmacist and David Jones, of the department store. A number of them were also involved in colonial politics, either the Sydney Municipal Council or the colony’s Legislative Council.

The building was extended twice in the nineteenth century, in 1857 and again, most significantly, in 1868. Both at the time of its opening and later people spoke of the ‘simple, chaste beauty’ of its Classical Revival style, a simplicity and a chasteness which was seen as peculiarly suitable for Protestant worship. It was also seen as a ‘temple’ to the separation of Church and State and to liberty of conscience; to the right of men and women to worship as they wished. In 1877 the congregation built a school hall, to the north of the church, comprising a hall, an infants’ section, a library and ten large classrooms.

Throughout the nineteenth century, as well as maintaining the life of its own congregation and sponsoring the establishment of Congregational churches in the suburbs, the church also endeavored to engage with the wider society. In the 1840s, for example, Robert Ross was prominent in debates about education in the colony. In particular he opposed denominational systems of education supported by the government, in line with Congregationalism’s fundamental principle of opposition to state aid for religion. By the late 1870s the minister at the time, the Reverend James Jefferis, urged the congregation to become more involved in the great questions of the day: public education, religious freedom and the federation of the Australian colonies. He also urged discussion and action on the issue of the church’s responsibility to those amongst whom they were situated—the city’s poor and destitute.

In 1879 the church established the Sussex Street Mission to provide welfare to residents of the city. During the 1890s depression the deacons granted the minister, the Reverend W. Scott, money for discretionary casual relief, agreeing that poverty, rather than church membership or Christianity, should be the prerequisite for assistance. The work of the Sussex Street Mission was eventually relocated to Surry Hills as the resident population of the CBD declined. In the first few decades of the twentieth century the church’s welfare work was redirected to supporting the newly formed Devonshire Street Mission.

The 1920s and 1930s were, in terms of congregational numbers, the peak decades for the church in the twentieth century. People were attracted by the charismatic preaching of the Reverend T.E. Ruth, an ex-Baptist Englishman. The Sunday evening services were a particular focus of his ministry, often attracting several thousand people, to the extent that sometimes a sign saying ‘church full’ had to be placed outside. Ruth, keen to engage with the wider social and political issues of the day, was, in the early 1930s, a prominent supporter of the conservative anti-Lang forces in New South Wales, including such paramilitary organizations as the New Guard. He spoke at ‘All for Australia League’ rallies in 1931 and used his Sunday evening addresses, in the church, in the early months of 1932, to call for the removal of the State Government.

The economic prosperity of the 1920s as well as Ruth’s ability to raise money paid for extensive renovations to the church and the building of Church House (now known as Pilgrim House) next door. While some of the building was reserved for use by the congregation and the wider church, most of it was commercially let, in an attempt to provide the church with a reliable income stream.

The story of the middle decades of the twentieth century is a more moderate one. By the late 1960s it is a story of decline. At this time the deacons of the small remaining congregation proposed demolishing the church and redeveloping the site as an office tower, incorporating a chapel in the plan. The proposed redevelopment  of the Pitt Street site in the early 1970s placed the church in the very middle of one of Sydney’s most significant political debates of the time—the nature of urban development and the associated questions of quality of life. The proposal, which provoked much concern and criticism in the press and the wider community, was not supported by the entire congregation.

Some of those opposed to the plan approached the Builder’s Labourer’s Federation, led at that time by the communist Jack Mundey, to impose a Green Ban on the project. This they did and the project was finally abandoned, due to lack of financial support. The church was subsequently classified as a significant heritage building by the National Trust and registered as part of the National Estate.

The Uniting Church and renewal

With the moves towards union, which culminated in the inauguration of the Uniting Church in Australia in 1977, a new group of people began to gather at the church. Some of these were ex-Congregationalists while others were ‘commissioned’ by South Sydney Uniting Church to assist with the redevelopment of the congregation. That initially small number of committed lay people shared all areas of leadership of the congregation, including the conduct of worship. Though not as publicly prominent as the 1830s group, this group of lay people were key to the revival of Pitt Street. Formal, printed liturgies were developed by the congregation, while the front sets of pews were moved so that people could face each other across a central communion table.

Having been destined for demolition, both the church and Pilgrim House were almost derelict. Much of the early ‘restoration’ work, particularly in Pilgrim House, was undertaken by the congregation through regular working bees. Pilgrim House was gradually returned to a basic rental standard and developed as a centre for justice and peace, providing centrally located offices for organisations such as Community Aid Abroad and Amnesty International.

February 1983 saw the induction of the Reverend Dorothy McMahon as minister at Pitt Street. Her ten years of ministry were to prove very significant ones for the congregation as well as the place of Pitt Street within the Uniting Church and the wider society. In particular Dorothy’s passion and skills in worship encouraged many developments in this area including the use of music, drama and dance as well as banners, candles and symbols.

At the same time the congregation became involved in various social justice issues of the time, including the peace (anti-nuclear) movement, campaigns against racism (both locally and internationally) and the movement for homosexual rights, both within the church and the wider society. This involvement led to attacks on the church and on Dorothy personally by National Action, a rightwing anti-immigration organization.

These emphases became key features of Pitt Street and were continued and strengthened by lay leaders and clergy. During the ten year ministry of the Reverend Ian Pearson the Congregation became more aware of and explicitly committed to progressive theology, hosting popular events such as the national Common Dreams conference, featuring Bishop John Shelby Spong as the keynote speaker.

In 2018 the Pitt Street Uniting Church describes itself as a “progressive faith community of justice-seeking friends in the heart of Sydney”. These words say much about our current identity and activities. Sunday morning gatherings are central to our life together. The word progressive clarifies our approach to faith and life in general and the Christian faith in particular. Building on our Congregationalist heritage, we read the Scriptures seriously but not literally. We follow the Way of Christ Jesus, but recognize the love and grace of God in many other faiths and cultures. We welcome people wherever they are in their journeys of life, faith and spirituality.  In the wider community we actively support movements for justice and equality for refuges and asylum seekers, indigenous recognition, LGBTIQ rights (including marriage equality), and seek real action on climate change and other ecological challenges. 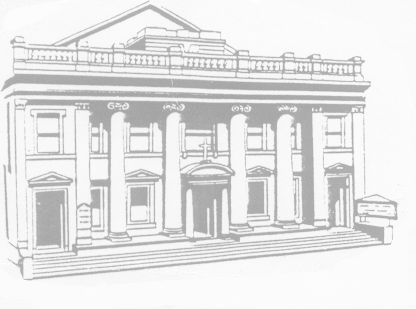